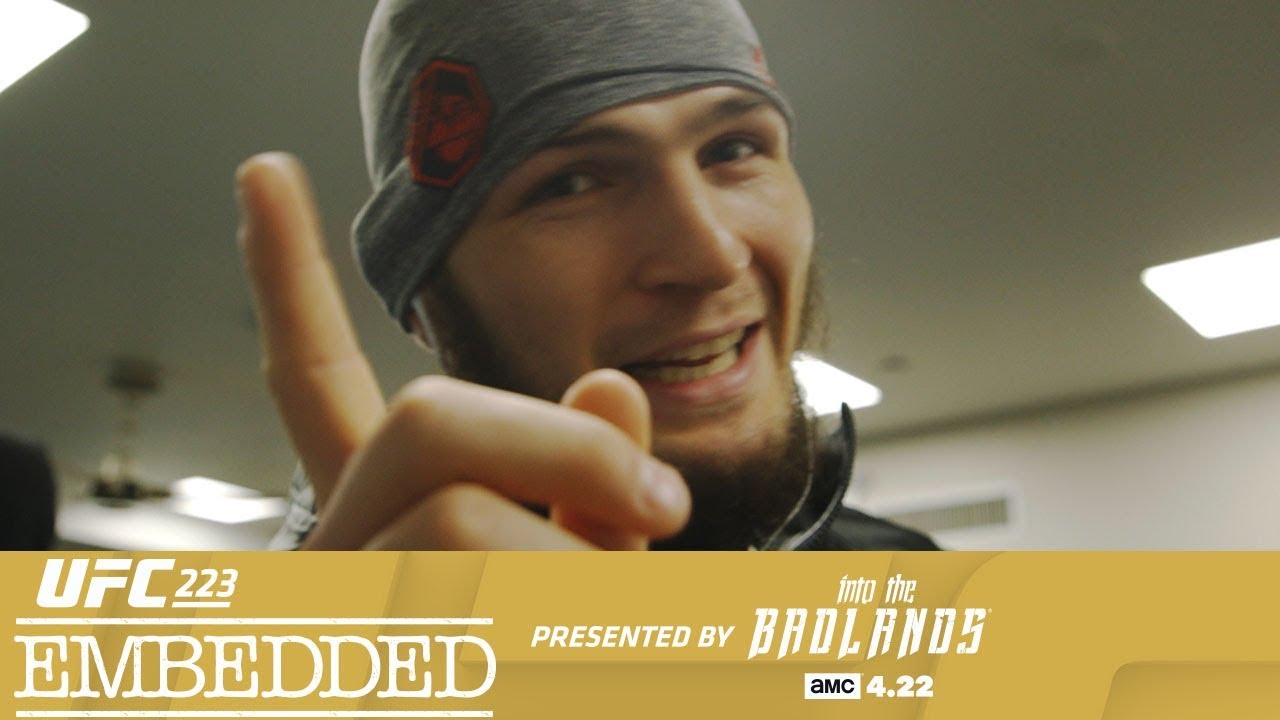 Episode 1 of UFC 223 Embedded, former strawweight champion Joanna Jedrzejczyk pushes herself with the goal of reclaiming her belt, and defending champion Rose Namajunas readies for the rematch. Title contender Khabib Nurmagomedov arrives in New York City for his long-awaited championship fight against Tony Ferguson. Jedrzejczyk enjoys a going-away breakfast with her camp, and Nurmagomedov brings his team to Renzo Gracie’s Brooklyn facility. Fight week kicks off with a shocking announcement from UFC President Dana White, and Nurmagomedov reacts to the news that his opponent will be featherweight champion Max Holloway. UFC 223 Embedded is an all-access, behind-the-scenes video blog leading up to the two championship bouts at UFC 223: Ferguson vs. Khabib on Saturday, April 7 on Pay-Per-View.

About UFC®
UFC® is a premium global sports brand and the largest Pay-Per-View event provider in the world. Celebrating its 25th Anniversary in 2018, UFC boasts more than 278 million fans worldwide and has produced over 400 events in 21 countries since its inception in 1993. Acquired in 2016 by global sports, entertainment and fashion leader Endeavor (formerly WME | IMG), together with strategic partners Silver Lake Partners and KKR, UFC is headquartered in Las Vegas with a network of employees around the world. UFC produces more than 40 live events annually that consistently sell out some of the most prestigious arenas around the globe, while programming is broadcast in over 163 countries and territories to more than 1.1 billion TV households worldwide in 35 different languages. UFC FIGHT PASS®, a digital subscription service, delivers exclusive live events, thousands of fights on-demand and original content to fans around the world. For more information, visit UFC.com and follow UFC at Facebook.com/UFC, Twitter, Snapchat and Instagram: @UFC.