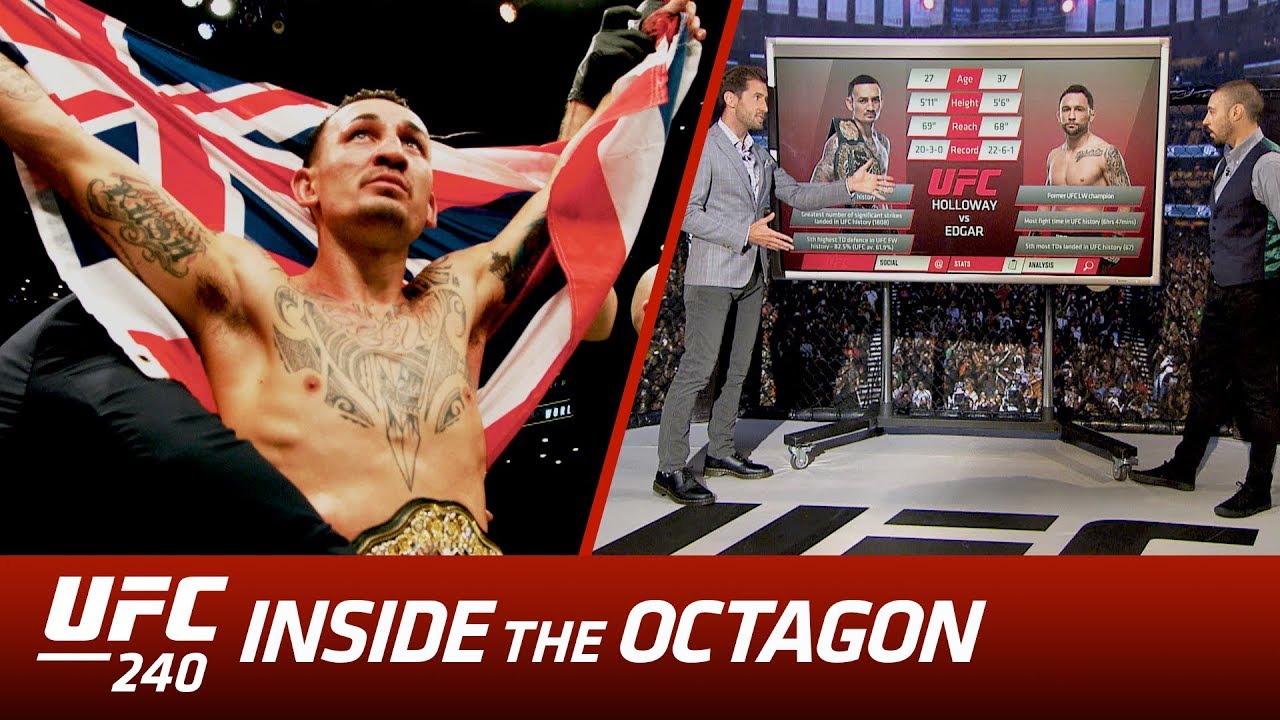 Max Holloway returns to his throne at 145, where he looks to defend his title for a third time. Looking to overthrow the Hawaiian, stands the fighting pride of New Jersey, Frankie Edgar, who boasts more Octagon time than any other competitor in UFC history. And after more than a year out of competition, Edgar will be determined to show he still has all the “answers” against a champion “blessed” with featherweight gold.

Hosted by UFC commentators John Gooden and Dan Hardy, UFC Inside the Octagon is an in-depth tactical analysis show that previews the feature fights at upcoming UFC events.