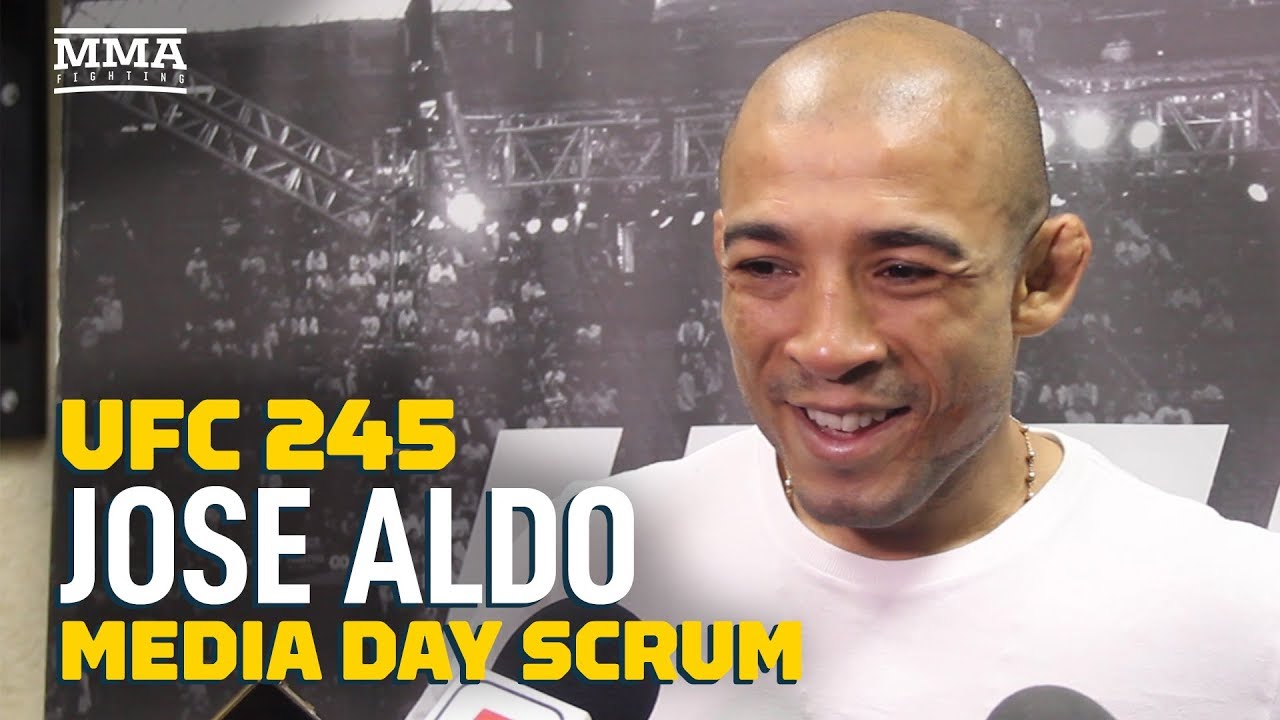 Former UFC featherweight champion Jose Aldo gives an update on his weight cut for UFC 245, which marks his debut in the bantamweight division against Marlon Moraes, and explains why it’s his “ideal” weight class in MMA.

The Nova Uniao star also discusses his title aspirations, why his defeated to Alexander Volkanovski hurt more than his quick knockout defeat to Conor McGregor, why he would prefer a third fight with Max Holloway rather than a rematch with “The Notorious,” and revealed the new plans for his MMA career, possibly fighting for seven more years.

MMA Fighting is your home for exclusive interviews, live shows, and more for one of the world’s fastest-growing sports. Get latest news and more here: http://www.mmafighting.com